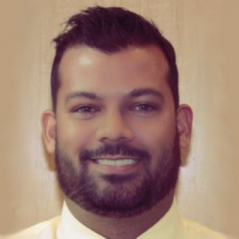 Dr. Neuwirth's tips to you:
Learn to be comfortable working in areas very different from your initial interests.  This will help you to gain unique perspectives on how to market your skills. Today’s job market seeks open-minded and skilled interdisciplinary applicants.  Interdisciplinary workers have enhanced opportunities for improving teamwork, cooperative problem solving, and developing new theories and/or technology to address the world’s problems.  My tips to you are to: 1) never fear learning new things and expect initially to have difficulty with them; 2) learn to take on challenges and failing at times only strengthens greater success in the future; 3) from every experience you are afforded there is always something valuable to learn; and 4) if you stay true to these tips you will build much confidence to help you reach your career aspirations. 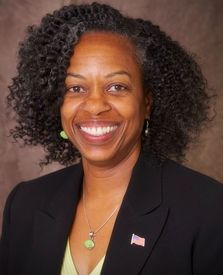 Councilwoman Jacqueline A. Gordon migrated to this country with her family at 7 years old from Jamaica and grew up in Queens.  After receiving her bachelor’s degree from Hunter College and her master’s degree from Queens College, Jackie accepted her current position as a guidance counselor at Wilson Technological Center in Huntington. In June 2006, Jackie received her professional diploma in educational leadership from Queens College.
Army Reserves Career
In 1984, Jackie enlisted in the United States Army Reserves with the rank of Private First Class and rose to the rank of Lt. Col. in 2007. She has been deployed four times, including Desert Storm (Germany) 1990, Guantanamo Bay 2002, Iraq 2003 and Afghanistan 2012, and has since retired from service.
Community Involvement
While her children were in school, Jackie was an active member of the PTA, the Girl Scouts and the Copiague Sports Booster Club. Jackie is involved in many organizations, including the Veterans of Foreign Wars, the Parent Leadership Initiative and Women for Women International.

Jackie serves as chair to many Town programs, including the UJIMA Internship Program, the Beautification Committee and the Veterans Advisory Council. Jackie also hosts successful blood drives at Town Hall and organized donation programs of cell phones and eyeglasses for those in need. Since 2008, Jackie has organized Babylon’s Wounded Warrior Soldier Ride, which has raised over $500,000 dollars for injured service members.

Jackie is a member of Energeia class 2009. The Energeia Partnership is a leadership academy dedicated to identifying and addressing the serious, complex and multi-dimensional issues challenging the Long Island region.
As of May 2015, Jackie was appointed to the Hunter College Alumni Association Board of Directors as a member.
Honors
In 2013, Jackie was inducted into Hunter College’s Hall of Fame as a notable graduate and was named a “Hometown Hero” by the Babylon City Employees Union Local 237 for her service. The New York State Senate named Jackie as a “Woman of Distinction” in acknowledgement of her years of public service and dedication to her community. In 2014, Jackie was honored by Assemblyman Joseph Saladino at the 9th Assembly District Women of Distinction ceremony. February 2016, Jackie was chosen as “One of Suffolk County’s Most Prominent African American Leaders” 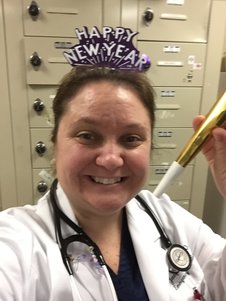 Dr.  Jennifer Gibb, DO
Emergency Medicine Physician at Huntington Hospital
Current Employer: Northwell Health
Undergraduate Studies: B.S in Biology and B.A. In Italian at Penn State University, University Park, PA
Graduate Studies: MBS in Biology at Drexel University
Medical Degree: Doctor of Osteopathic Medicine at University of Medicine and Dentistry of New Jersey - School of Osteopathic Medicine Class of 2009
Dr. Gibb's Tip to you: Make the sacrifice now for the future you envision. It's worth it! 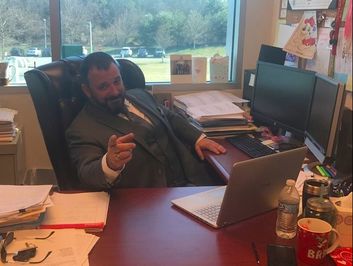